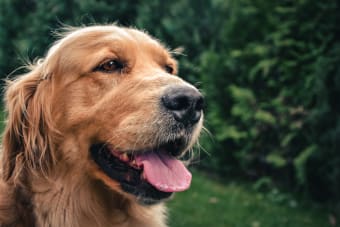 What is Dog Brachycephalic Airway Syndrome

These breeds are at a higher risk of developing brachycephalic airway syndrome which refers to abnormalities in the upper airways of brachycephalic dogs.

Both males and females are equally likely to develop this condition, and most dogs are diagnosed when they are between 1 and 4 years old. However, dogs that have multiple abnormalities can start developing issues at a younger age.

Dogs with this syndrome can develop one or more of these abnormalities:

This refers to abnormally small or narrowed nostrils, restricting the amount of air that is able to flow through the nostrils.

Laryngeal saccules are small pouches or sacs located in the larynx, and they turn outward (everted) or get sucked into the airways by the pressure from the increased respiratory efforts as the result of stenotic nares or/and an elongated soft palate. These everted saccules will then further obstruct the flow from the airways.

This is when the diameter of the trachea is smaller than normal.

This occurs when chronic stress is added to the cartilage of the larynx box by other brachycephalic airway syndrome abnormalities. As a result, the voicebox (larynx) can't open as wide as it's supposed to, further obstructing airflow.

Nasopharyngeal turbinates are ridges of bone that are covered by tissues that help to warm and humidify the air that is inhaled. When these extend beyond the nose and into the pharynx (the area situated behind the nose and mouth) it causes fluctuating amounts of airway obstruction.

This syndrome can also cause changes in the dog's lungs as well as the gastrointestinal tract including:

When dogs suffer from bronchial collapse the airways connecting the trachea to deeper airways of the lungs (bronchi) become weaker and collapse leading to additional airway obstruction.

If you have a brachycephalic breed of dog such as the ones listed above it's important to be aware of and monitor for the following signs of brachycephalic airway syndrome. The type of signs and severity of your dog's symptoms depend on the abnormalities your dog has, generally the more abnormalities a dog has the worse the symptoms are.

If you notice your dog exhibiting any of these symptoms and you believe they may have brachycephalic airway syndrome call your vet immediately.

When diagnosing brachycephalic airway syndrome in dogs your vet will start by performing a comprehensive physical examination and will make their diagnosis based on your dog's breed, and the symptoms they are exhibiting.

Veterinarians can diagnose stenotic nares just by looking at your pooch however, abnormalities such as elongated soft palate, everted laryngeal saccules, and others will require your dog to be heavily sedated or fully anesthetized in order to make a diagnosis.

Since dogs with this syndrome have a higher risk of anesthesia-related complications your vet might recommend blood tests and chest X-rays to evaluate your dog's overall health and make sure it's safe for your pup to be sedated and to minimize any potential risks.

If your dog requires anesthesia to make a diagnosis your vet might suggest having any required surgical treatments conducted at the same time.

If your dog only has a minor case of brachycephalic airway syndrome their condition might be manageable by avoiding humid or hot environments, controlling exercise levels, and avoiding stress.

Obesity can also make symptoms worse, so managing your dog's weight and weight loss could also play a large factor in treating your pup.

However, while these methods can be helpful in managing your dog's condition, they may still need to be treated. Surgery is always the first choice treatment when it comes to abnormalities interfering with a dog's breathing. And the type of surgery used will depend on your dog's abnormalities.

The general rule of thumb with the surgery's success is the sooner it is completed, the better the outcomes generally are. If abnormalities like stenotic nares and/or an elongated soft palate are corrected early the airflow will be greatly improved and everted laryngeal saccules might be prevented.

In the early time frame after your dog's brachycephalic airway syndrome surgery, the surgical site could swell or bleed impacting your dog's ability to breathe, therefore your vet will closely monitor your dog's condition once the surgery is completed. The level of monitoring your pooch will need after their surgery will depend on the type of surgery that was used, although dogs generally need to stay at the hospital for 24 hours for monitoring. Occasionally, a tube has to be placed in the incision site in the throat to help the dog breathe.

It's normal for there to be some coughing and gagging after the surgery.

It's very important for you to carefully follow any post-operative care instructions your vet provides you with to ensure your dog recovers as safely and quickly as possible.

Your dog's prognosis will depend on a few factors including their age at the time of diagnosis and treatment, as well as, how many abnormalities they have.

Younger dogs that are less than 2 years of age typically have a better prognosis after surgery and can generally return to an improved activity level, being able to breathe easier. But, older dogs may not recover as easily especially if laryngeal collapse has already begun, if the laryngeal collapse has already gotten to an advanced stage the prognosis usually isn't very good.

Also, dogs that only require surgical treatments for elongated soft palate or/and stenotic nares, generally have better outcomes than dogs that have more brachycephalic airway syndrome abnormalities that need to be treated.

Note: The advice provided in this post is intended for informational purposes and does not constitute medical advice regarding pets. For an accurate diagnosis of your pet's condition, please make an appointment with your vet.

Contact our Tigard vets immediately if you believe your dog has brachycephalic airway syndrome.